With Cannes fast approaching and the Oscars and BAFTAs recently on, we thought it was only timely to bring in a Casting Director whose short film just WON A BAFTA. Also Claire will be heading off to Cannes for the film festival the very next day, so if you’re considering attending, this is a great opportunity to hear from a busy CD who regularly attends about how to make the most of your time in Cannes. 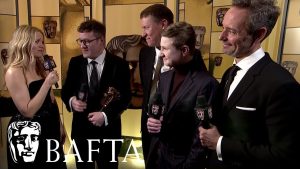 As a Casting Assistant she worked on the teams for BBC drama The Village, the Feature Film X&Y and at Lime Pictures on various productions. Claire then went to work with various Casting Directors and United Agents in London.

Her Theatre credits include Fallout by Jackie Thompson and Anna Wood, Party Skills for the End of The World by Louise Mari and Nigel Barrett for Manchester International Festival 2017 and recently Newspaper Boy by Chris Hoyle which is part of Queer Contact Festival 2018.