Home » Acting in London » A PANEL OF THEATRICAL ACTING AGENTS

This one is a biggie. We have not two, not three, but four agents joining us for an acting agent panel on MONDAY the 19th March. And this will replace our March and April Tweetup as one combined event (given there will be the Easter holidays coming up shortly).

So without further ado, meet our panelists:

LINDSAY KUTNER graduated from Dublin City University after completing a BA in Media Production and Management. Following her time in Production she moved into casting, working on projects such as; Salmon Fishing in the Yemen, Bel Amie and Pirates of the Caribbean. After a few years of working in various other roles within the production side of industry, Lindsay found her niche and secured a position as an agent’s assistant at a top London agency. Here she was able to grow her skillset, and work with some of the biggest names in the business. Lindsay joined the StevensonWithers team in 2015 and is a senior Talent Agent at StevensonWithers.

MAX LATIMER graduated from the Arts University Bournemouth in 2011 with a BA (Hons) degree in Acting. He worked as an actor both in the UK and aboard, but was curious to see what life was like on the other side of the table. He joined Jonathan Arun in 2014 on a three month internship, however, after five days Jonathan decided to make it a permanent position. He now works alongside Jonathan and Amy as an Agent and is very much a part of the furniture.

Sophie Dean is an agent at Diamond Management. Jean Diamond and Lesley Duff founded Diamond Management in 2003. Building on the reputation they established whilst at London Management, which Jean had also founded, Diamond Management is now one of the foremost Theatrical Agencies in London. They have strong links to the USA, Australia and Europe. Working very closely with their clients, they are dedicated to promoting excellence in all aspects of Personal Management. 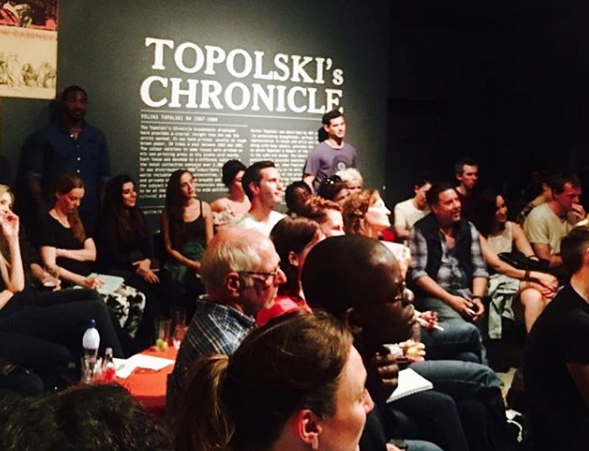